The Golden Rule: the Surprising Tale of Motivating a Beleaguered Team 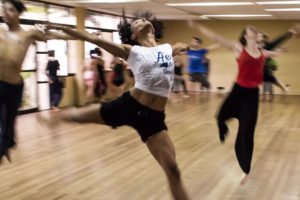 As you read this tale of a manager using the Golden Rule as the guiding principle in running the department, consider what you might do along the way, then find out what really happened.

The Background:  A Department Unable to Meet Expectations in a Big Way

A technical support team for a suite of complicated engineering software was unable to keep up with incoming emails and phone calls for a quickly growing company for over a year.  Turnover was extremely high on the team (15 people for a team of 8 had flowed through the department that year). The company was getting a very high profile reputation for terrible product support. External indicators clearly showed that this department was unable to even get to the customer’s statement of the issue. Upper management presumed that the problem was with the members of the team and directed management to “fix the problem”, although no further analysis, suggestions or support were extended.

Eventually, the manager of the group moved on and a new manager was hired.

The Scenario:   Motivating a Beleaguered Team

When the new manager began, the office was quiet. It was clear from all indicators, not just the standard reports, that this team wasn’t working together in any fashion:

“While I was aware of very high expectations for me, I was also aware that I had no trust with this group of people. So, I started very small with a promise to myself: I will treat everybody as I want to be treated at my job.  In particular, I will treat everyone like professionals who couldbe happy to do this work under the “right” circumstances. I would try to figure out what that might look like. A “total” solution, much less any strategy beyond that, wasn’t apparent to me.”

“The first few weeks with the team were spent with one-on-one discussions about what people liked about their job, if anything, and what they didn’t like. In particular, each person was asked to brainstorm about possible changes that would make them actually happy or, if not happy, but at least interested/engaged in the job.

Most of the team reported the same conditions that caused great dissatisfaction:

The initial discussions were illuminating beyond even these issues, common among all team members, although my intentions didn’t always get me the results I expected.”

What happened after those initial discussions and discoveries?

“Most team members had an immediate change in face, body posture and attitude when they were asked for their thoughts sincerely and saw that I was paying attention to their responses.  I was clearly an open book waiting for ideas.  There were a few team members who did not respond in this way. One reported that this job made him sick. The other was simply disengaged with the process period, not interested in any giving any feedback.

“But each person on the team hinted at a common perception: the prior manager would listen to their phone calls without their knowledge and subject them to interrogation concerning those calls. Additionally, all team members reported the prior manager creeping around the office “catching” people taking breaks, long lunches, or other “suspect” behavior.

“Only one employee on the team, Angry Guy, was brave enough to describe this behavior explicitly. While expressing this behavior in a full team meeting, it was clear from all body language that this was a shared opinion by every other member of the team.

“Also, prior manager’s take on team performance appeared to be in line with upper management. The poor customer service was a problem with the collection of individuals who currently made the team. None of them were “good” enough. None of them were working “hard enough”. They were all stupid or slackers, or both, wasting company money.

“While not the complete picture, that was enough information for me to make a few changes that appeared small but had a dramatic effect on the ability of the team to actually handle the work flow:

“The second piece was to investigate the correlation between highly paid staff members and workload. True to the group hints, one person was paid a lot more yet consistently failed to take a meaningfully larger piece of the workload. In fact, that team member was one of the least productive and had a large volume of documented customer complaints. A conversation with him quickly revealed that he took this job as a foot in the door and was far more interested in other work.

“I felt like I needed to immediately address this, largely because I actually had a specific idea to try. The individual path for this person was simply to state clearly that while he was here, the team needed him to take a larger share of workload because of the pay difference. This was accepted by the member as a fair. Eventually, this individual found the work he wanted to do and left the team without further negative impact or negative feeling on either side.

“The employee who stated that he was physically ill because of this job was clearly uncomfortable even speaking about his issues. In a show of peace, I offered to help him find a job he liked better within the organization, citing that no one’s job should make them ill. I did not do enough to earn his trust before that because the suggestion caused his whole body posture to close, apparently even more fearful then before. Within a very short period of time he abruptly moved to another position. While I don’t know, I have a feeling that my “I’ll help you find another job” was viewed as  “I’m going to fire you” rather than what I intended. I regret my poor timing for that, although I did my best.

“I also had mixed results dealing with Angry Guy. He continued to be very confrontational towards me, particularly in meetings. I spent a good deal of energy wishing I could slap him.  But he was also incredibly smart, a great writer and communicator and *beloved* amongst peers.  He seemed to be the only source of mentoring/training anyone on that team had. The team really needed him and really enjoyed working with him one on one.

“As well, he was strategic in expressing his anger. When he brought issues to meetings, I knew that those issues were felt amongst many, not just by him. Therefore, I knew these were issues I needed to address. So, I peeled through the pain to find the information. Angry Guy was never “confronted” for being disrespectful towards me. That I also regret, because it made my life miserable at least in moments. But creating a safe environment for people to learn from others and discuss ideas without fear was pivotal. There was an immediate impact on both the official work load the team was able to process and a palpable improvement in how people felt during the work day.

“My take from this is that the Golden Rule isn’t just about getting into heaven, it’s the quickest and easiest way to see the whole situation as it unfolds. When you are not only honest yourself or listen well but respect other people, you simply get the most information in the shortest amount of time and least amount of effort.

Pulling people off the queue caused an immediate improvement in actually solving issues. While apparently counter-intuitive, it’s actually clear that this would happen when we consider what it would be like if every email we received were a phone call we were required to answer. Of course you can’t get anything done when you are interrupted all day long.

Upper management actually didn’t like this, but I couldn’t stomach spying. That said, I realized why the prior manager also felt beleaguered. Spying on people takes a lot of energy.